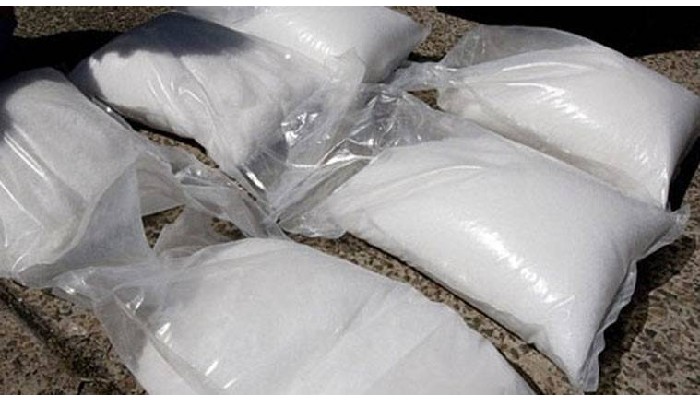 Post the seizure of 52 kg heroin at Jammu and Kashmir’s Jhajjar Kotli last week, the Union Territory’s DGP Dilbag Singh stated, “Pakistan is pushing huge quantities of drugs for terror funding in a planned manner and getting our youths involved in the menace to satisfy its evil intentions.”

He had, post seizures of drugs in Baramulla, Poonch, Kupwara and other border areas, a week earlier, stated, “They (Pakistan) are repeating the same dirty game that they played in Punjab. First giving arms training and later spoiling the youth with drugs.”

On the international day of drug abuse, then Punjab Chief Minister, Amarinder Singh had said that most of the drugs, especially heroin, are smuggled into Punjab from Afghanistan via Pakistan bordering States like Haryana, Jammu-Kashmir, Rajasthan, Delhi and even Nepal. He had termed it a Pakistan conspiracy to weaken Punjab’s youth.

In October, the Assam police arrested a NSCN (IM) member with large quantities of drugs in Nagaon district of the state. There are also reports that most North-East insurgencies raise funds through drug trafficking. Drugs generally enter the North-East region through Myanmar. Assam Chief Minister Himanta Biswa Sarma, stated, “If you multiply the drugs worth Rs 163 crore captured in the past two months by 12, then this will become almost 800-900 crores a year. However, this is just 20% of the total volume. The drug transactions through Assam is not less than Rs 5000 crore annually.”

The Taliban were known to have funded their operations largely from drug funds. A BBC report stated that the Taliban placed a 10% cultivation tax on opium farmers which amounted to USD 100-400 Million. It catered to about 60% of their income. An earlier report by NATO states, “The Taliban has expanded its financial power in recent years through increased profits from the illicit drug trade, illegal mining, and exports, the report says, estimating that the group earned a staggering $1.6 billion in its financial year ending in March 2020.”

India is located between the two largest opium production belts, the Golden Crescent and the Golden triangle. The Golden Crescent comprises illegal opium production areas of Afghanistan, Iran and Pakistan, while the Golden Triangle comprises the area where the borders of Thailand, Myanmar and Laos meet. It is an established fact that the ISI generates most of its finances through narco-trade. As per a Narcotics Control Bureau report, 25% of funds to support terrorism in India flows from narco-trade, pushed by the ISI. This has resulted in Pakistan having the highest per capita heroin addiction rate in the world.

A News 18 report published on October 14 quotes an Indian Army study of 2018 which states that 40% of the youth in Jammu and Kashmir suffer from some form of drug addiction. This figure was below 5% in 2008. To fund drug addiction, some turn to terrorism. This is a similar scenario in the Northeast. The same news report also mentions that left extremists in Odisha, Jharkhand and Bihar are cultivating drugs to fund their activities.

In 2019, when PM Modi stated, “When our neighbour could not succeed in its nefarious designs by sending terrorists and weapons, it hatched a conspiracy to smuggle drugs into our country to destroy our youth,” he was right. Drug seizures in border districts with Pakistan have increased rapidly in the past few years. The recent seizure of 3000 kg of heroin at Gujarat's Mundra port has been a new record in the state. The earlier largest seizure was 1500 kg in 2017.

Pakistan has been moving drugs to fund terrorism and anti-India activities. This is much easier than adopting the hawala route, especially as government scrutiny is on the rise. Further, small quantities of drugs provide a large volume of funds. This year in April, the J&K police busted a narco-terror module in the state and recovered 9 kg of heroin worth Rs 50-60 crores in the international market. The income from drugs was being used to recruit youth into militant ranks.

Siegfried Wolf, a Germany based South Asia expert stated in Sept 2020 that “international observers have started to describe Pakistan as a ‘Narco-state’ – based on the state-sponsorship of illicit activities conducted by the ISI and the military. The combined activities of drug traffickers, terrorist organizations, and Pakistani state agencies constitute an escalating danger to India’s state and society.” The intention of Indian adversaries is to destabilize the nation through terrorism as also weaken it through drug abuse. Hence, terrorism and narco-trafficking need to be tackled with equal vigour.

With the Taliban takeover of Afghanistan the flow of drugs would only increase, despite all vague promises made by the interim Afghan government. Every summit on the current and future scenario in Afghanistan, including the just concluded NSA summit hosted by India, has raised similar concerns on outflow of drugs and terrorism from the land locked country. With no inflow of funds into the country, there would be no incentive for the Taliban government to destroy existing illegal poppy fields, though they had accepted this in Doha. Further drugs would be the only source of revenue to the current Afghan government.

The Indian government has realised the gravity of the situation. However, its policies are not in sync with the ground realities. Saroj Kumar Rath, writing for Globe Asia states, “The Department of Revenue is responsible for the administration of the Narcotic Drugs and Psychotropic Substances Act of 1985, but the act itself created the Narcotics Control Bureau to carry out this same function.” He adds that both report to different ministries, only leading to confusion and accountability.

In India's case, the channels employed for narco-trafficking are largely the same as those employed for movement of weapons, whether they be couriers, drones, smugglers or through neighbouring countries. Hence, those supporting terrorists are also backing narco-trafficking, especially as drugs fund terrorism. Intelligence gathering, border management and anti-smuggling measures meant for controlling movement of one are equally applicable for the other.

In addition, states need to be involved in establishing de-addiction centres, educating youth and enhancing efforts to wean youth away from the lure of drugs. Finally, at the centre there needs to be one agency responsible for monitoring illicit drug trafficking, with a clear enunciated national policy. It is time for the government to become serious on the narco-terrorism front.

***The writer is a strategic affairs expert; views expressed are his own