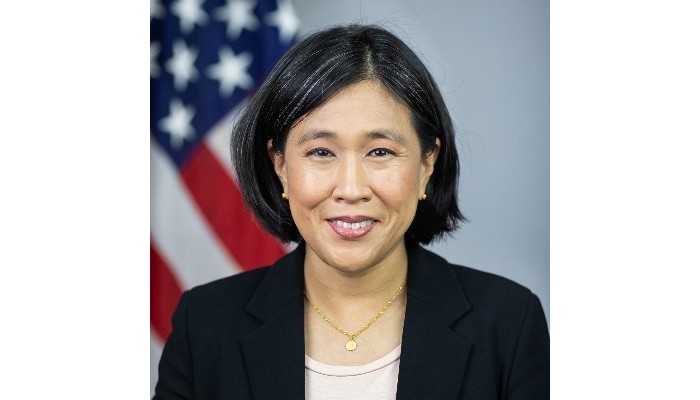 US Trade Representative Katherine Tai is expected to visit India on Monday to discuss issues related to market access, including tariff under the format of the India-US Trade Policy Forum.

The India-US Trade Policy Forum had last met in October 2017. Since the US administration under Joe Biden’s Presidency insists on resolving irritants coming in their smooth trade relationship, it wants to be done through India-US TPF.

During her visit, Katherine Tai is likely to meet Commerce and Industry Minister Piyush Goyal.

The US is the biggest destination for India’s exports, though its outbound shipments have been much lower compared to China.

While India exported $29.75 billion to the US, China received only $16.42 billion of exports during the first five months of the current fiscal year from India.

However, when it comes to exports to India, US share was much less at $16.42 billion than China’s at $34.15 billion during this period.

The US was the biggest trading partner of India, slightly bigger than China during April-August 2021-22.

The US has been raising the issue of market barriers in India, including high tariffs.

India has also been flagging this matter against the US.

The US also believes that the Indian regulatory regime is non-transparent and unpredictable.

According to the US Department of Commerce’s International Trade Agency, US exporters and investors face non-transparent and often unpredictable regulatory and tariff regimes.

This is because some goods and services have limited access to the Indian market.