In a first, BRICS Film Festival being held along with IFFI52 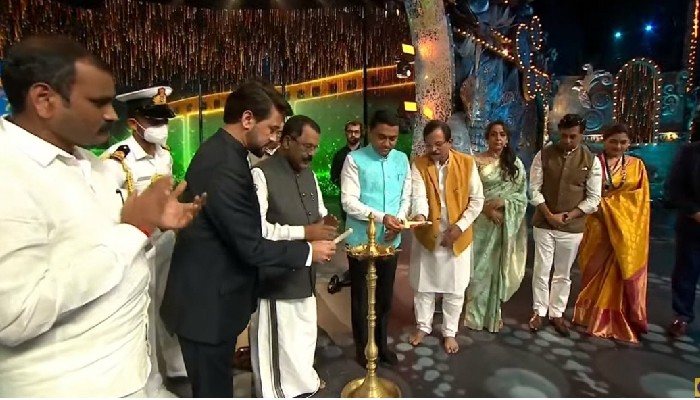 The traditional lamp being lit at the opening ceremony of IFFI52.

Brazil, Russia, India, China and South Africa are also the Focus Countries of the 52nd IFFI

For the first time, the BRICS Film Festival is being held along with IFFI52 which opened in Goa on Saturday.

"We welcome our diplomatic friends from Brazil, Russia, China, South Africa who are participating in the festival," Secretary Ministry of Information and Broadcasting said during the opening ceremony.

This is the Sixth Edition of the BRICS Film Festival.

The five BRICS countries - Brazil, Russia, South Africa, China and India - are also the Focus Countries of the 52nd IFFI. Eight films will be screened under this section.

The Country of Focus is a special segment that recognizes the cinematic excellence and contributions of the country.

The festival received 624 films from 95 countries this time, up from 69 countries in the previous edition.

Renowned actor and Member of Parliament Hema Malini was presented the Indian Film Personality of the Year 2021 award at the opening ceremony.

Acclaimed lyricist and Chairperson CBFC Prasoon Joshi will be presented the award on the closing day. Their contributions to the field of Indian cinema spreads over decades and their body of work has enthralled audiences across generations.

Founded in 1952, the film festival is held annually, currently in the state of Goa, to celebrate the excellence of world cinema.

Due to the ongoing COVID-19 Pandemic, IFFI this year will be hybrid and festival delegates will have the option to participate and watch films and other events virtually, sitting in the comforts of their homes.