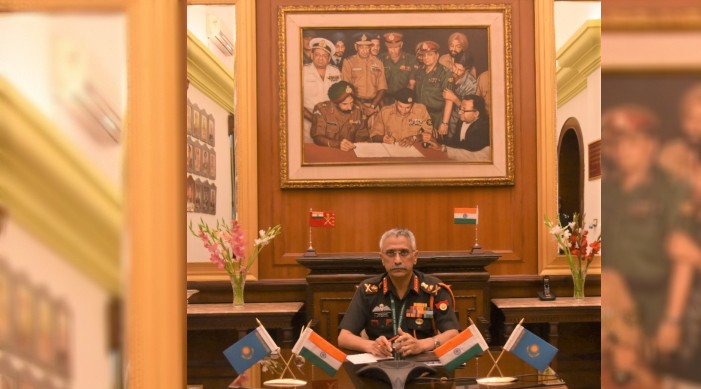 While no further details were disclosed,
the interaction is significant as India and Kazakhstan have come closer in the area of defence cooperation in recent years.

He held a meeting with Defence Minister Rajnath Singh where the two exchanged views to further strengthen bilateral defence cooperation, including through training, defence exercises and capacity building.

They agreed that both sides must look at the possibility of defence industrial collaboration of mutual interest.

The Defence Minister of Kazakhstan thanked Singh for the opportunity given to the Kazakh troops for deployment as part of the Indian battalion in United Nations Interim Force in Lebanon (UNIFIL).

Earlier in February, the Kazakh Air Defence Forces Chief had visited India for bilateral consultations as well as for the Aero India 2021 exhibition held from February 3-5.

On March 30, External Affairs Minister S Jaishankar had met Kazakhstan's Deputy Prime Minister and Foreign Minister Mukhtar Tileuberdi on the sidelines of the Heart of Asia conference held in Dushanbe, Tajikistan and had reviewed bilateral and international cooperation.