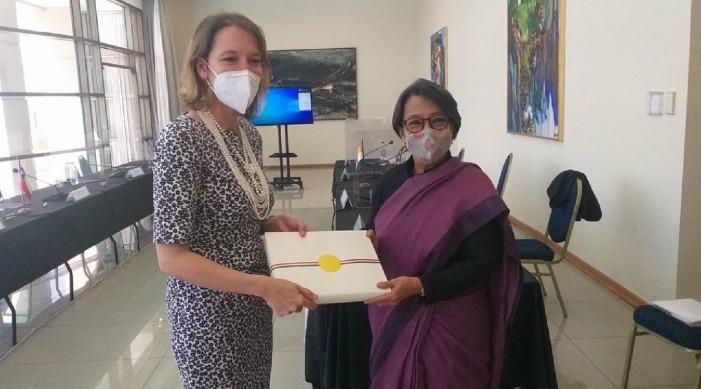 India and Chile are exploring the possibilities of enhancing trade and investment partnerships in the post-pandemic economic recovery.

The issue was discussed at the 7th Foreign Office Consultations (FOC) between India and Chile held in Santiago on Tuesday.

During the FOC, both sides comprehensively reviewed the entire gamut of their bilateral relations which included trade and investments, defence, agriculture, health and pharmaceuticals, energy, space, cooperation in Antarctica, disaster management, cultural and consular issues, said a Ministry of External Affairs (MEA) Statement.

Both sides exchanged views on the COVID-19 situation and the possibilities of enhancing trade and investment partnerships in the post-pandemic economic recovery, the MEA said.

The two sides acknowledged that trade is an important pillar of India-Chile relations and expressed satisfaction at the ongoing negotiations for the further expansion of the Preferential Trade Agreement which was signed in 2006 and expanded in 2017.

The two sides also exchanged views on regional and international issues on common interest including cooperation in the United Nations and agreed to work closely with each other in the multilateral arena.

The talks were held in a friendly and cordial atmosphere, with both sides agreeing to maintain the momentum of dialogue in areas of interest through the established bilateral mechanisms.

Both sides agreed to hold the next round of FOCs in New Delhi.