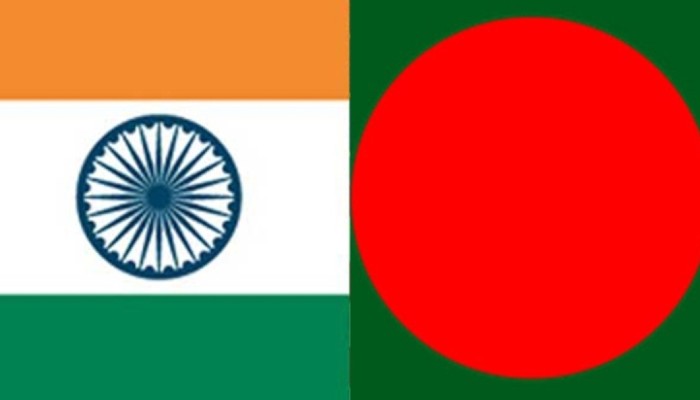 The week gone by presented an important highlight in the bilateral relations between India and Bangladesh as it saw the visits of two high-level dignitaries from Bangladesh to India, Information and Broadcasting Minister Hasan Mahmud and Army Chief General SM Shafiuddin Ahmed.

This is the golden jubilee year of Bangladesh's freedom following the India-Pakistan war of 1971 and also marks the completion of 50 years of India-Bangladesh bilateral relations. High-level visits from both sides have a special significance in this historic year marking the twin anniversaries.

Prime Minister Narendra Modi on an invitation from Bangladesh Prime Minister Sheikh Hasina had paid a state visit to the neighbouring country to attend the Golden Jubilee celebrations of Bangladesh’s freedom on March 26-27.

Bangladesh I&B Minister Mahmud’s was among the first high-level visits from the neighbouring country after PM Modi’s historic sojourn in March.

On his two-day visit on September 6-7, Mahmud inaugurated the Bangabandhu Media Centre at the Press Club of India in New Delhi to mark the Birth Centenary of Bangabandhu Sheikh Mujibur Rahman.

Mahmud, who is also the Joint General Secretary of Bangladesh’s ruling Awami League, during his remarks at the Press Club of India praised Prime Ministers Hasina and Modi for taking the relationship to a new height.

Terming his visit to India as ‘very fruitful’, the Bangladesh Minister had told media after his return to Dhaka following the visit that the setting up of the Bangabandhu Media Corner is a milestone in the relations between the two neighbouring countries.

During his meeting with EAM Jaishankar, he had discussed media and bilateral cooperation.

EAM Jaishankar had tweeted after his meeting with the Bangladesh Minister, "Glad to meet Bangladesh Information and Broadcasting Minister, Hasan Mahmud. Our bilateral cooperation is progressing steadily across all domains. Discussed media and public perceptions in that regard.”

During his meeting with the Indian External Affairs Minister, Mahmud had also taken up Dhaka’s concerns about the delay in receiving Covid-19 vaccines from India.

According to the Bangladesh Minister, Jaishankar informed that India's vaccine production was disrupted due to a shortage of raw materials coming from abroad and they would be able to overcome this crisis within October-December this year.

“We hope, if vaccine production in India goes in full-swing, they will be able to supply the Covid-19 vaccines to Bangladesh as per the deal (signed between the two countries)”, Hasan was quoted saying in the local media following his successful visit to India.

In the meeting with his Indian counterpart, I&B Minister Thakur, the two countries discussed steps to further strengthen the strong ties between the two countries in the areas of broadcasting and entertainment.

The two sides also talked about ways to deepen people-to-people contact and explore the potential of soft power interface between the two countries.

The Bangladesh delegation led by Mahmud also appreciated the pro-active steps taken by the Indian Government and made special mention of the visit of Prime Minister Narendra Modi to Bangladesh in March this year.

Meanwhile, during the other high level visitor to India from the neighbouring country, Bangladesh Army Chief General SM Shafiuddin Ahmed held talks with India’s top military brass on boosting cooperation in defence between the two countries.

The situation in Afghanistan and its impact on the region is also believed to have been discussed during General Ahmed’s meetings with India’s top military brass.

The Bangladesh Army Chief’s visit to India is in continuation of top-level exchanges between the defence forces of the two countries.

Also, commemorating the 50th year of Bangladesh’s independence, this year for the first time a contingent from the Bangladesh Army had marched in India’s Republic Day parade on January 26.

The two countries have undertaken joint military exercises. In April, an Indian Army contingent had participated in Exercise Shantir Ogroshena 2021 conducted by Bangladesh to commemorate the birth centenary of Bangladesh’s ‘Father of the nation’ Sheikh Mujibur Rahman.

In recent years, India had also extended a $500 Million Line of Credit to Bangladesh for defence imports from India.

The Bangladesh Army Chief’s last week’s visit to India built upon the excellent military relations and the robust defence cooperation between the two countries.