By 2030, almost 70% of India's GDP will come from cities: Housing & Urban Affairs Minister 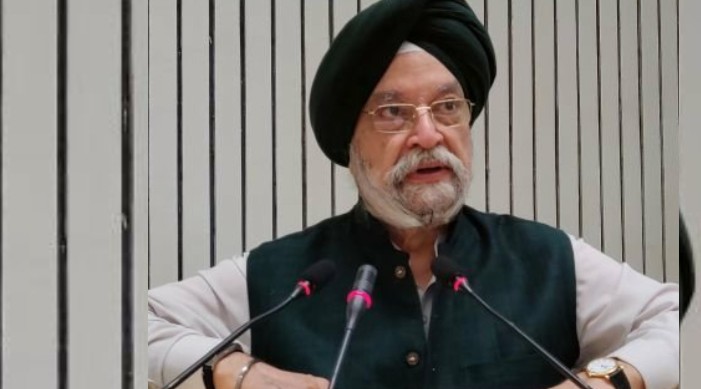 There was an eight-fold increase in the expenditure on urban development, he said

As rapid urbanisation facilitates efficiencies of agglomerations, almost 70% of India's GDP will come from the cities by 2030, Union Housing and Urban Affairs Minister Hardeep Singh Puri said on Monday.

India’s cities — enabled by citizen-centric infrastructure and transformational technology — will be the key to achieving the nation’s development objectives, he said.

Puri was addressing the inaugural session of an event, ‘Connect Karo 2021 - Towards Equitable, Sustainable Indian Cities’.

He pointed out that the best-performing cities globally contribute five times more to national GDP than comparable Indian cities.

"We need to generate a similar density of economic activity from our cities to answer the calls of our honourable Prime Minister in becoming a five-trillion-dollar economy," he said.

According to Puri, even as cities become the engines of our country’s economy, it is equally important to address the infrastructure deficits that will arise from rapid urbanisation and complex migrant flows.

By 2030, the urban population in India will almost double to 630 million.

"If we are to facilitate this level of growth, we will need to upgrade our urban infrastructure considerably and horrific impact of COVID-19 on our cities has made this even more significant," he said.

He also highlighted the adverse impact of growth of urbanization, saying that realising the potential of the cities was not just an economic imperative; it was also an environmental reality.

"Our cities will be the battlegrounds for the fight against climate change," he noted.

Referring to the recent IPCC report, he said cities were the major contributors as well as the worst-affected from climate change. This had led to the Indian Government successfully executing the most comprehensive and planned urbanisation programme anywhere in the world.

In this context, Puri mentioned the eight-fold increase the total expenditure on urban development.

The minister informed that Government will be launching the Jal Jeevan Mission (Urban), with an outlay of Rs. 2.8 lakh crore to ensure universal water supply in all 4,378 urban local bodies in India and enable liquid waste management in 500 cities under the AMRUT scheme.

He added that the Government would also be launching the Swachh Bharat Mission 2.0.

With an outlay of Rs. 1.41 lakh crores, it would focus on sludge management, waste water treatment, source segregation of garbage, and reduction in single-use plastics and control of air pollution by waste management in construction and demolition, and bio-remediation dump sites.