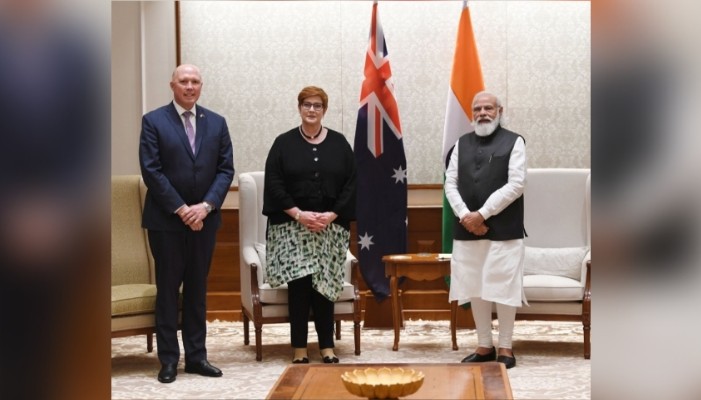 Productive discussions during the India-Australia 2+2 Dialogue were a sign of growing strategic convergence between both countries, Prime Minister Narendra Modi has said.

The courtesy call came soon after the conclusion of the first Ministerial-level 2+2 Dialogue between India and Australia.

According to an official release, PM Modi appreciated the role Australian Prime Minister Scott Morrison has played in rapidly advancing the Comprehensive Strategic Partnership between the two countries.

PM Modi renewed his invitation to PM Morrison to visit India at his earliest convenience.

A number of issues were discussed during the meeting, the release issued by the Indian Prime Minister's Office (PMO) said.

These included possibilities of further expanding bilateral strategic and economic cooperation. The common approach of both countries towards the Indo-Pacific region also figured in the discussions.

Prime Minister Modi and the visiting Australian ministers also talked about the growing importance of the Indian community in Australia as a human-bridge between both sides, the release said.