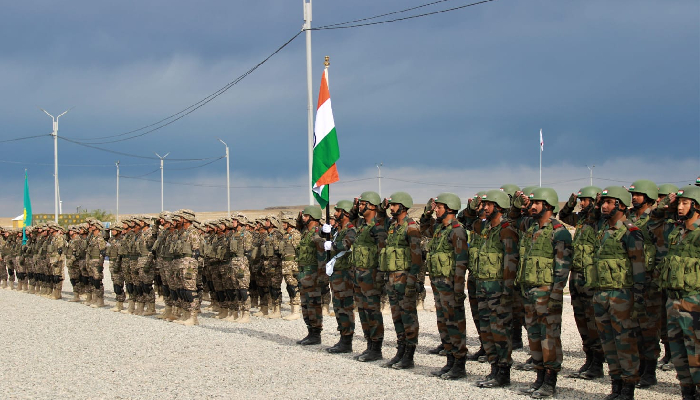 After a 12-day joint exercise, the fifth edition of EXERCISE KAZIND-21 of India and Kazakhstan military came to an end on Friday at Training Node Aisha Bibi in Kazakhstan, the Ministry of Defence said in a statement.

In the Joint Exercise which began on August 31, 2021, training was focused on Counter Insurgency and Counter Terrorism operations in urban scenario as well as sharing of expertise on skills at arms.

The exercise also provided an opportunity to troops of both armies to foster everlasting professional and social bonding.

After intense military training, the joint exercise concluded with both armies exhibiting their combat power and dominance over the terrorist groups during the Validation Exercise.

The closing ceremony showcased the immense talent with unique traditional touch of both nations.

The senior officials expressed their satisfaction and appreciation towards the professional conduct of the exercise.

The bonhomie, esprit-de-corps and goodwill generated during the exercise will go a long way in future strengthening the bonds between the Armed Forces of both countries.