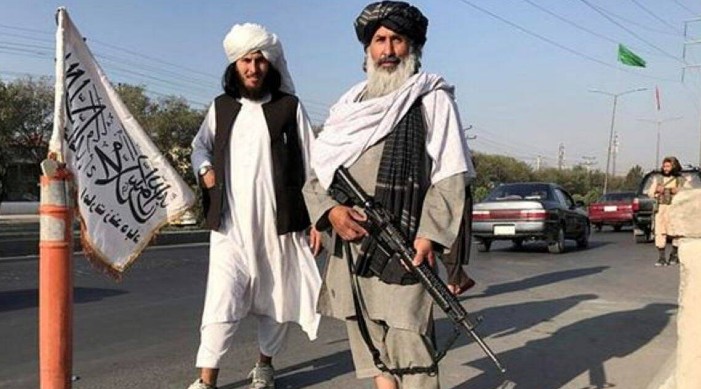 Reports of the Xi regime in the Peoples’ Republic of China sensing a phenomenal opportunity in Afghanistan is a natural reaction considering their proximity to Pakistan's Administration. Pakistan no doubt has brought them together.

China has already outlined its plans to extend $ 60 billion investment in Pakistan on the China-Pakistan Economic Corridor (CPEC) to include Afghanistan. And that is where lies the catch and the beginning of distrust.

“Will Afghanistan brook any more Pakistan centered political, diplomatic activity and now economic encroachment in Afghanistan in the days ahead?” This is a conundrum based on economic realism as against strategic foreplay.

The CPEC burdening Pakistan with mountains of debt, allows China to use 'debt-trap diplomacy' to gain access to strategic assets of the South Asian country. That has virtually worsened the equitable socio economic progress in Pakistan contrary to the dreams that were sold. Reports indicate that by April 2021, this external debt had ballooned to $90.12 billion, with Pakistan owing 27.4 percent —$24.7 billion — of its total external debt to China. And now is Pakistan contemplating reducing its debt burdens through Afghanistan?

Afghanistan is living with its own financial problem with the US having frozen nearly $9.5 billion in assets belonging to the Afghan Central Bank. It does not want the Taliban-led government to receive this cash. Top Bank officials have cried out that “The amount of such cash remaining is close to zero due a stoppage of shipments as the security situation deteriorated.”

In such dire circumstances with what yard sticks do the Chinese Banks extend loans to a beleaguered country surviving on penury for their OBOR overtures? Unless the Chinese government looks forward to laying its hands on the vast amount of rare earth metal reserves estimated to be worth, as much as three trillion dollars as collateral in the future.

These are source material for advanced technology products like iPhone and missile guidance systems. In the government circles in Kabul, this factor was well known and any further negotiation with the Chinese regime was stymied by former President Ashraf Ghani due to his suspicions about Pakistan's plans in these ventures.

Other than this venture, what other industrial activities can the Chinese Government promote developmental activities cannot be seen on the horizon? The Soviets and Americans have done adequate although with their own individual interests in which some benefits accrued to the Afghan milieu.

The Taliban regime is at the moment finding its feet but when reality dawns on its crafty leadership then the Chinese stratagem cannot survive.

What is, however, not coming to light is the flourishing drug trade between China and Afghanistan in which the Taliban and the conduits in China freely participated.

Drug-related money was being transferred to Afghanistan via intermediate countries, and China was one of them. The Taliban apparently were well groomed by their predecessors, namely the Mujahideen in managing this trade.

As per a United Nations Office on Drug and Crime (UNODC) report, there was “a 37 per cent increase in the amount of land used for illicit cultivation of opium poppy during 2020 compared with the previous year.” That was the “third highest figure ever recorded in the country,” accounting for a staggering “85 per cent of the global total of opium production in 2020.”

Apparently, these were resources for the Taliban with which they flourished. For centuries, the opium poppy has occupied a central role in the somewhat primitive agricultural society of Afghanistan.

It would seem that the activities of the Afghan Warlords were central to this informal economy. But now that the Taliban are in power, it would be germane to their relationship with China.

I would think that would be a great cause for unhappiness with the Chinese Government. We would recall that for a similar scenario in Pakistan, its government had to allot a full division of trained troops to protect OBOR projects by China.

What is equally material is to understand that the warlords may give it a totally religious colour by brandishing the ill treatment of the Uighur Muslims by the Chinese Government. It would be a very convenient slogan on which the Taliban will have to react and which they are underplaying now.

On a conceptual note the structures in the Afghan society need to be comprehended to truly assess the developments in Afghanistan which would affect the Chinese ventures in Afghanistan.

On this point it would be useful to recall the French Scholar Oliver Roy who wrote that, “Every Afghan, at least in rural areas, belongs to Qwam. Qwam is the term used to designate any section of the society bound by ties of solidarity, such as the extended family, a clan or an occupational group … It is based on kinship and patron-client relationship.”

The Qwam protects its members from interference from the state and other Qwam. That is why it is often believed that the writ of Kabul did not run beyond its boundaries. This was one of the primary reasons that the ruling dispensations in Kabul, appointed by the Soviets and then the US, did not succeed in influencing Afghan thinking.

The Taliban used Pakistan’s ISI support to get to power and now have to function on their own. Pakistan's proxies, the Haqqanis, are deeply embedded in the new regime.

The Haqqanis are a radical terrorist group emerging out of Afghan borders straddling Pakistan. They are trigger happy with no affinities with the Afghan populace at large.

The Chinese in pursuit of their projects will meet the Qwam philosophies in full force and may land up settling local disputes with armed intervention from Kabul which will only unleash the Haqqani in absence of a suitable negotiating group experienced in this art and a trained force of their own.

The Chinese successes in Pakistan in pursuit of the OBOR will not be the yardsticks of success in Afghanistan, if at all. In Balochistan, the Chinese ran into serious conflict with the local Baloch leaders and an armed war had to be waged by the Pakistan Army. I believe a potent presence of this syndrome at large will be the cause of the Chinese OBOR debacle in Afghanistan.

The author is a strategic affairs commentator; views expressed are his own