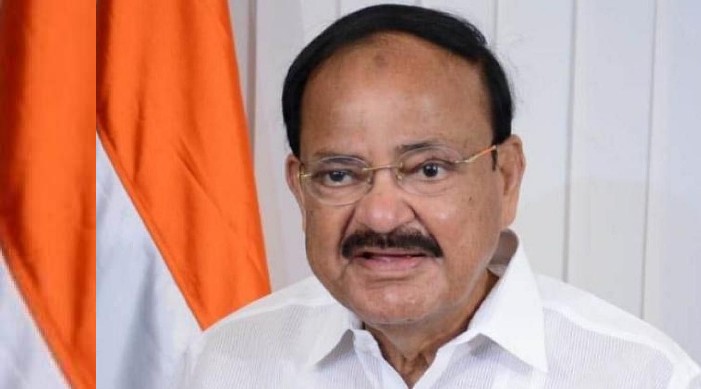 VP Naidu stressed the need for creating state-of-the-art health infrastructure in the country, particularly in the rural areas

In view of the medical practitioners’ penchant to work in towns and cities and not in rural areas in India, Vice President M Venkaiah Naidu has said serving in rural areas should be made mandatory before giving the first promotion to doctors in the government sector.

Speaking at the 11th Annual Medical Teachers’ Day Awards function on Sunday, the Vice President said that three-to-five years’ service in the rural areas for young doctors was essential while pointing out that 60 percent of the country’s population lives in the villages.

Describing the medical profession as a noble mission, he advised the doctors not to give any remission or commit omission, but to serve the nation with passion.

Asking the doctors to remember the core value of compassion for humanity in all their actions, he said, “Let that be your moral compass when in dilemma and always adhere to the highest level of ethics. If you can serve with a spirit of selfless dedication, you derive boundless and real happiness”.

The Vice President stressed the need to increase the number of medical colleges while referring to the government’s efforts to bridge the gap in doctor-patient ratio in the country.

Expressing his appreciation at the government’s plan to establish at least one medical college in each district, he pointed out that the urban-rural ratio of doctors was also highly skewed with more medical professionals opting to work in urban areas.

Naidu also emphasized that both medical education and treatment should be affordable and within the reach of the common man. He said that top priority should be accorded to education and health sectors with a greater allocation of budget.

Referring to the fast-changing technological world, the Vice President urged the medical colleges to ensure that those passing out of their portals stay abreast of the latest diagnostic and treatment systems. “This has become all the more imperative in the wake of the pandemic caused by SARS-CoV-2 as everything about the novel coronavirus is new learning to all—from scientists to doctors”, he added.

The Vice President said it was important to ensure that medical students imbibe and practise high ethical and moral standards. He advised them to always remain wedded to the righteous cause and protect the interests of the profession and their patients.

Naidu also expressed his appreciation to the Association of National Board Accredited Institutions (ANBAI), an apex organization of many leading hospitals and medical institutions in India for partnering with the Government in providing post-graduate medical education.

The Vice President also paid his homage to the former President and statesman-philosopher, the late Sarvepalli Radhakrishnan on his birth anniversary on September 5. He also paid his respects to all his teachers, who mould and shaped his career.

Earlier, he presented the Life-Time Achievement Award to well-known cardiologist and President of Public Health Foundation of India, Dr. K. Srinath Reddy and others, including Dr. Devi Shetty.