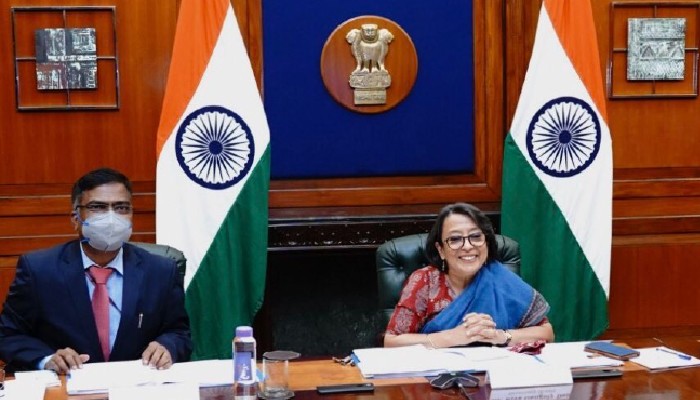 India and Indonesia on Friday held sixth round of Foreign Office Consultations through virtual mode and reviewed the entire gamut of bilateral relationship, under the framework of Comprehensive Strategic Partnership.

Cooperation in diverse areas - including political, defence, security and strategic, economic and cultural, were discussed.

Riva Ganguly Das, Secretary (East) led the Indian delegation while the Indonesian side was led by Abdul Kadir Jailani, Director General for Asia Pacific and Africa, Ministry of Foreign Affairs.

They also exchanged views on ways to further promote people-to-people contact, and strengthen their shared vision of maritime co-operation in the Indo-Pacific.

The talks were held in a friendly and cordial atmosphere. Both sides agreed to hold the next consultations at a mutually convenient date.

The previous round of consultations took place on January 22, 2019 at Yogyakarta, Indonesia.