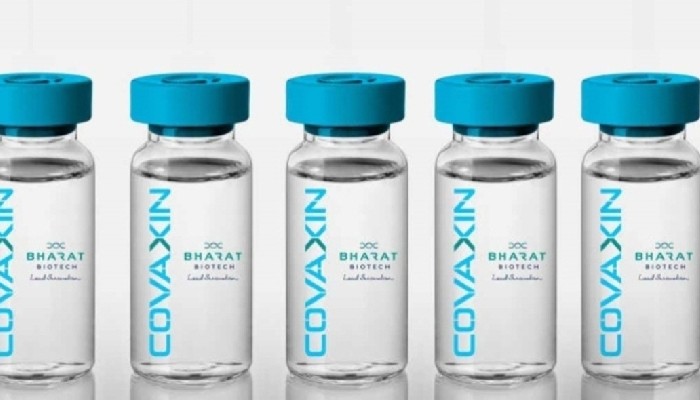 The central government on Wednesday clarified that the Covid-19 vaccine Covaxin does not contain the newborn calf serum, saying the facts have been "twisted and misrepresented" in some social media posts.

"Newborn calf serum is used only for the preparation and growth of vero cells. Serum from bovine and other animals are standard enrichment ingredients used globally for vero cell growth," the Ministry of Health and Family Welfare said in a statement.

Vero cells are used to establish cell lives which help in the production of vaccines.

This technique has been used for decades in developing vaccines against polio, rabies, and influenza. After growth, the vero cells are washed in water and with chemicals, also technically known as buffers, multiple times to make them free from newborn calf serum. The vero cells are then infected with coronavirus for viral growth, the health ministry said.

The vero cells are completely destroyed in the process of viral growth. Thereafter, the grown virus is also killed (inactivated) and purified, it said.

The center’s statement came after Congress' Gaurav Pandhi in his social media post claimed that the Narendra Modi government had admitted that Covaxin consists of newborn calf serum.

Pandhi in his tweet attached the RTI response, saying, "Narendra Modi government has admitted that COVAXIN consists of Newborn Calf Serum, which is a portion of clotted blood obtained from less than 20 days of young cow-calves, after slaughtering them. This is heinous!"

"BJP Govt should not betray the faith and belief of people, if Covaxin or any other vaccine consists of cow-calf serum, then people have the right to know. Vaccines are the life line today and everyone must get vaccinated (as & when available) keeping faiths & beliefs aside," another tweet mentioned.