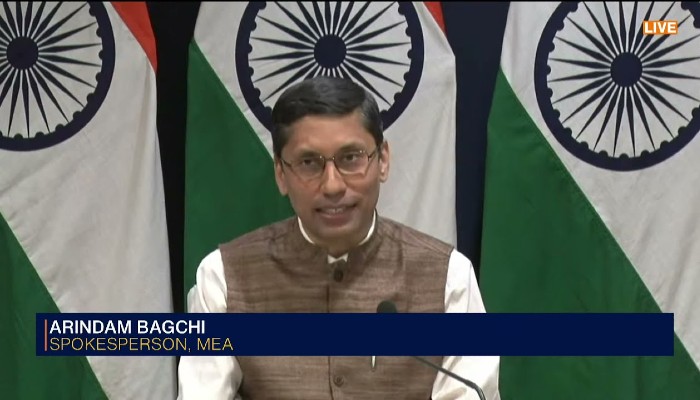 India on Thursday said it was in touch with various stakeholders in Afghan peace process including regional countries in pursuance of its long term commitments towards development and reconstruction of the war-torn country.

“Our relations with Afghanistan are historical and multifaceted. We have been engaging with Afghans across ethnicities. As a friendly neighbor we are concerned about the peace and security in Afghanistan and the region,” Spokesperson of the Ministry External Affairs Arindam Bagchi said during a weekly press briefing.

When asked about media reports that New Delhi had established contacts with the Taliban, the MEA Spokesperson said India’s ties with Afghanistan were historical and it had been engaging Afghans across ethnicities.

The Taliban belong to the dominant Pashtun group which accounts for 50 percent of the total Afghanistan population. Uzbek, Tajik, Hazara and others form the rest half of Afghanistan's population.

In pursuance of its long term commitments towards development and reconstruction of Afghanistan, India is engaged with various stakeholders

“As you are aware that the External Affairs Minister (had virtually joined) the inaugural ceremony of the Intra-Afghan talks held in Doha last year. A senior official’s delegation also attended the talks,” he said.

“In the recent past we have had visits by several Afghan leaders to India. We have also had official visits to Kabul,” Bagchi added.

According to media reports in the recent turn of events New Delhi is believed to have for the first time opened channels of communication with Afghan Taliban factions and leaders, including Mullah Baradar, the co-founder of the Afghan Taliban and one of the group’s main negotiators.

India’s reported engagement with the Taliban comes against the backdrop of the increased drawdown of US forces from Afghanistan.