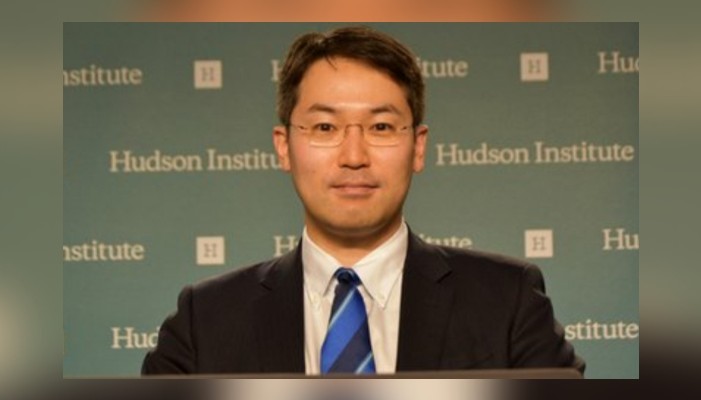 As a war of words continues between the United States and China amid the lab leak theory creating suspicion on the origin of the coronavirus in a Wuhan lab, a competition between both sides can be expected that will have the potential to change the world order, opined defense and security expert Dr. Satoru Nagao. To prevent this, he said the Quadrilateral group of countries can play a big role.

In an interview with India News Network, Nagao said, “If the US-China competition will escalate, then there is a possibility that China will increase efforts to provoke the neighbors. That’s true. We should also not forget that if the US will not encourage this competition, there is a possibility China will increase the provoking efforts against India and Japan. The number of Chinese attempts on the Indian side has increased. Given this situation, we need to make efforts to stop China.”

“The US-China competition will impact what kind of world order we will see in the near future. But at the same time the potential of the Quad is big and that is true,” he added.

Quad is an informal strategic dialogue with four members, namely, India, Japan, Australia, and the US. The shared objective is to ensure and sustain an open, free, and prosperous Indo-Pacific region.

The first Quadrilateral Security Dialogue (Quad) Summit of this year took place in March. Besides unanimity in need for a free, open rules-based order, rooted in international law to advance security and prosperity and counter threats to both the Indo-Pacific and beyond, the key agenda which attracted global attention was a collective response to the COVID-19 pandemic in terms of synergizing the vaccination efforts for humanity.

China was rattled after the first summit this year as apparently its dream to create a China-centric Asia Pacific was threatened by the Quad’s objective to form an open and inclusive Indo-Pacific, as interpreted by an article published just after the summit in Global Times.

The next Quad summit is expected to take place later this year.

Nagao, who is a fellow at Hudson Institute, Washington DC, noted that the Quad should discuss and adopt certain strategies in the upcoming summit that can subtly remind China that it cannot misuse its power.

“To deter China in the competition, it is very important to note that whenever there is a military vacuum or one of the greatest powers withdraws from an area, China has always taken over. So, the key is to maintain military balance and avoid creating a vacuum. As China’s military expenditure is too huge, firstly, we need to reduce China’s income. If China is rich, they can spend more on the military and the military balance has changed,” he said.

Now, to cut China’s income, the Quad countries should have an alternative market, given China has one of the largest supply chains in the world. This strategy is expected to be devised in the upcoming Quad meeting, he said.

“If Japan, India, US, Australia cooperate, China will need to deal with all of the countries at the same time. China’s ample defense budget needs to be divided in many directions. So how to divide the military forces and the budget will work in maintaining military balance with China. So this collaboration in the Quad is very important,” he said.

Further, Nagao said that to fight back China, the Quad needs to use the Grey-Zone strategy i.e., not war, not peace that is used by China itself.

“Quad countries will continue to plan on how to deter China in terms of defense, and other fields by deciding on what kind of military exercises to carry, and what kind of equipment will be required. China uses Grey Zone tactics i.e. not war, not peace, and to deal with this, Quad countries need to implement grey-zone strategies too,” he said.

Asked about the possible winner of this competition between China and the US, Nagao said, “Simply said, the US is on the road to win the competition with China. There are three reasons for this. Firstly, the US is far more popular than China. The US has many formal allies including NATO, South American countries, Israel, Australia, New Zealand, Taiwan, Philippines, and Japan. The total number is 52. But China has only one formal ally i.e. North Korea. Indeed, popularity was an important factor to win the competition in the past,” he said.

Secondly, the US is very powerful compared with China, he said.

Lastly, he said, considering the history of the US, there is a possibility that it already has a plan to fight back.

“When we look at the change from Democrats to Republicans or vice versa, we find many similarities. Their policy against China has been constant from Obama to Trump and now Biden. So, it can be said if the US has a plan, it can win. And the relationship will impact many countries in the process be it India or Japan,” he said.